A highlight of what’s new in ERPNext and Frappe Framework v13.13.0 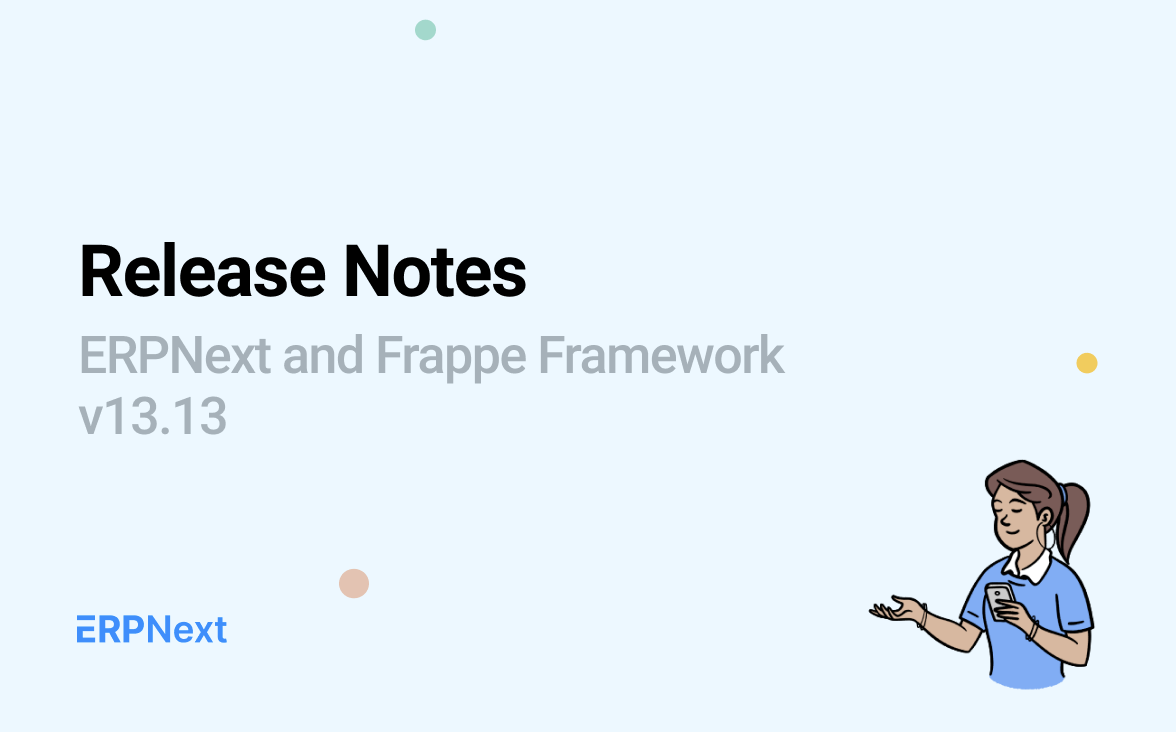 A bunch of Engineers at Frappe and some members from the ERPNext Community worked on enhancing a handful of features in ERPNext and the Frappe framework. Let us take a look at the same.

Tax rate being overridden in case of 0.00

Anuja added a short description to the invoices & payment section which describes that a user can select a particular invoice and payment to reconcile. If not, all the entries will be allocated in FIFO. Divided filters section into 3 columns instead of 2. Added a change for the default button to convert to the primary button which suggests the next action. 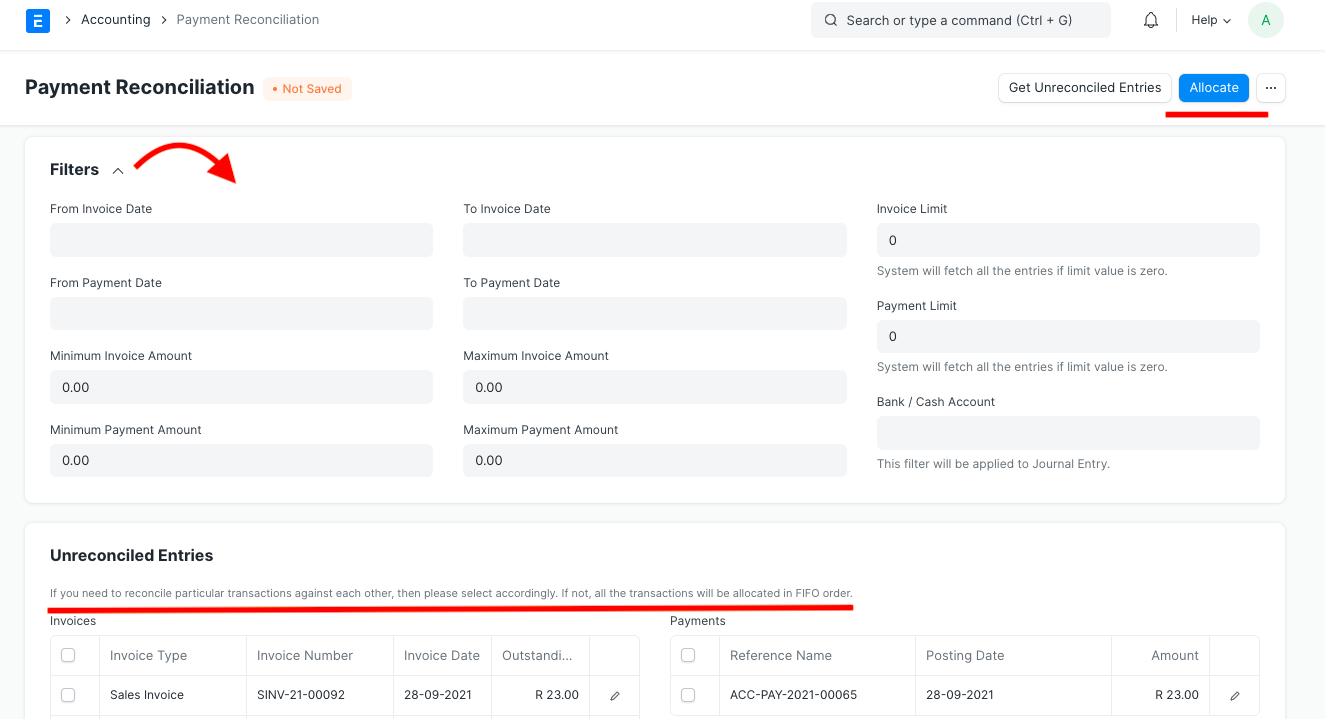 Improve error message for Serial No mismatch between SI and DN

Earlier, the serial numbers were not matching with the delivery notes. Marica fixed the error message and improved it.

Saqib created a depreciation schedule with a straight-line method. After saving/submitting, field values should not be changed, dropped by ERPnext. Creating/uploading existing, partially depreciated assets is broken. Fetching of the account balance in the chart of accounts

The user will be able to fetch balance if he has permission for GL entry.

Use ceil in case of whole UOMS for reorder qty

Alan included ceil function in the reorder quantity which rounds a number up to the next largest integer. Therefore, whenever a reorder for a decimal qty is generated (because of UOM conversion), this will be converted to a whole number if the purchase UOM should be a whole number.

Due to recent changes, the received amount was being set as paid amount even if there were deductions such as transfer fees were added to the payment entry. Saqib fixed the same.

To replicate the same in a correct order he created a payment entry of type internal transfer and set the from and to account. He set paid amount as 1000 and received the amount as 900. Added a new row to the deductions table and set account, cost center, and amount as 100. After saving this payment entry the user should see that the received amount has been set as the paid amount and the difference amount is -100.

Rucha came up with a multi-round feature: 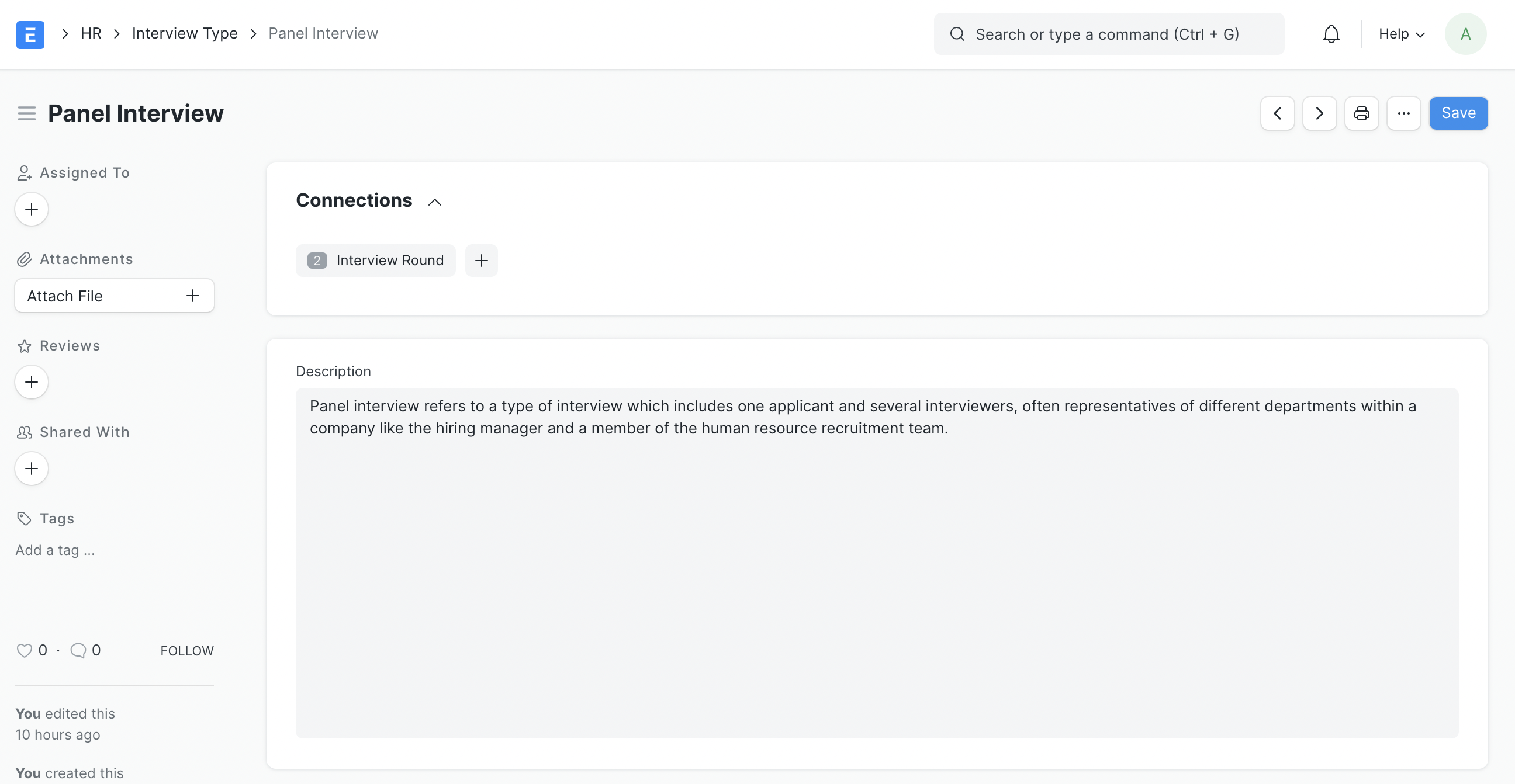 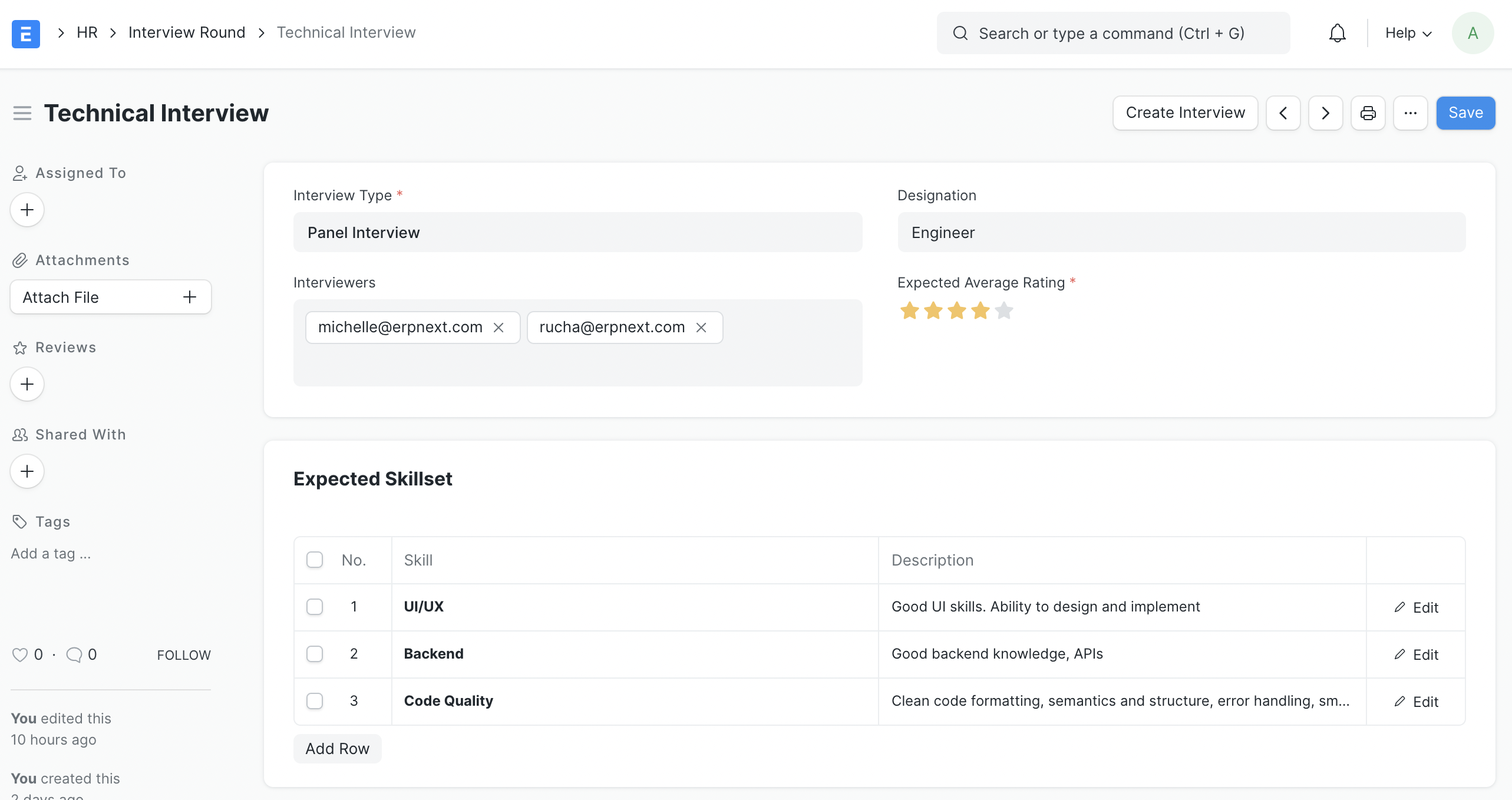 From here you can submit feedback, reschedule Interviews 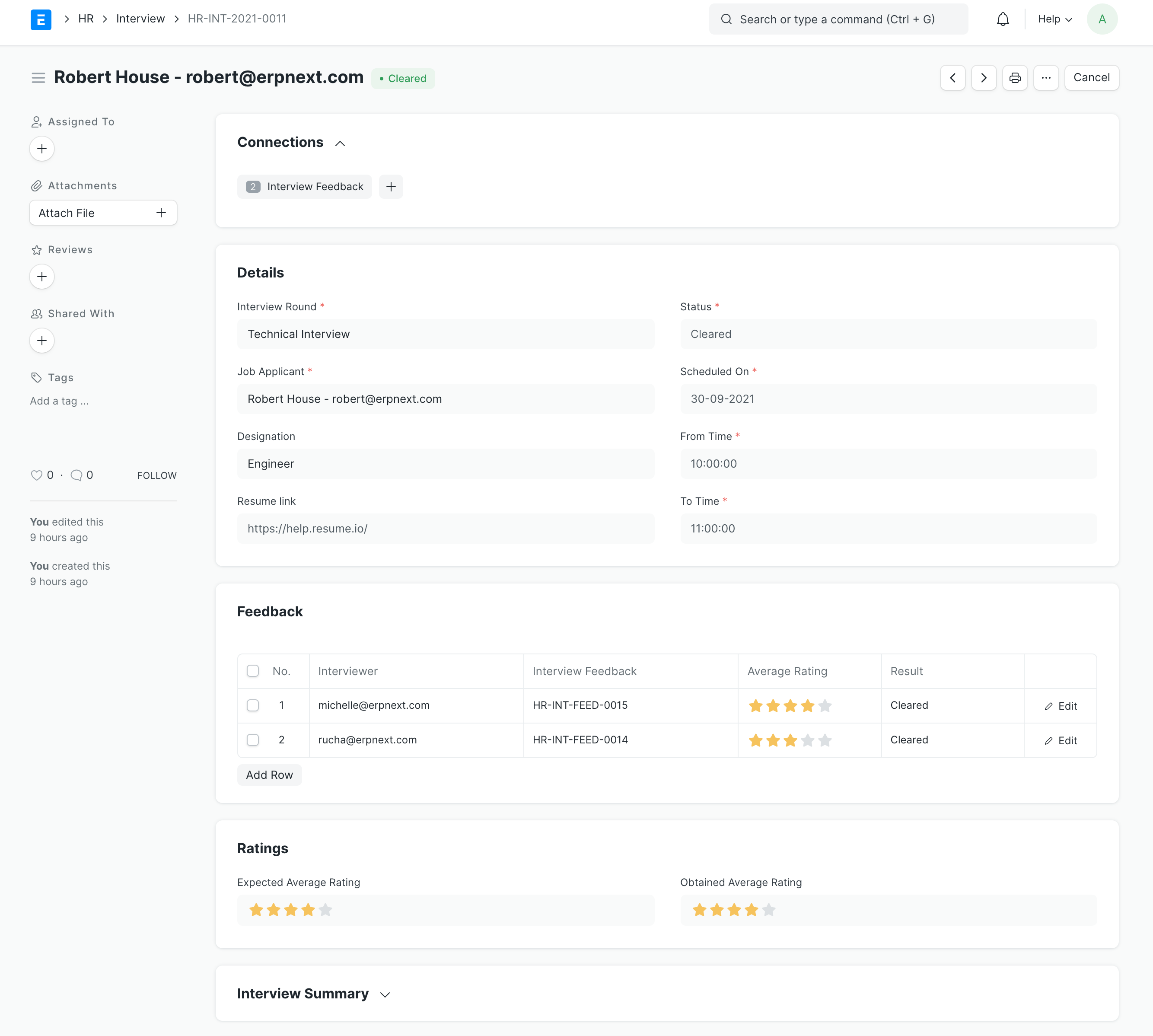 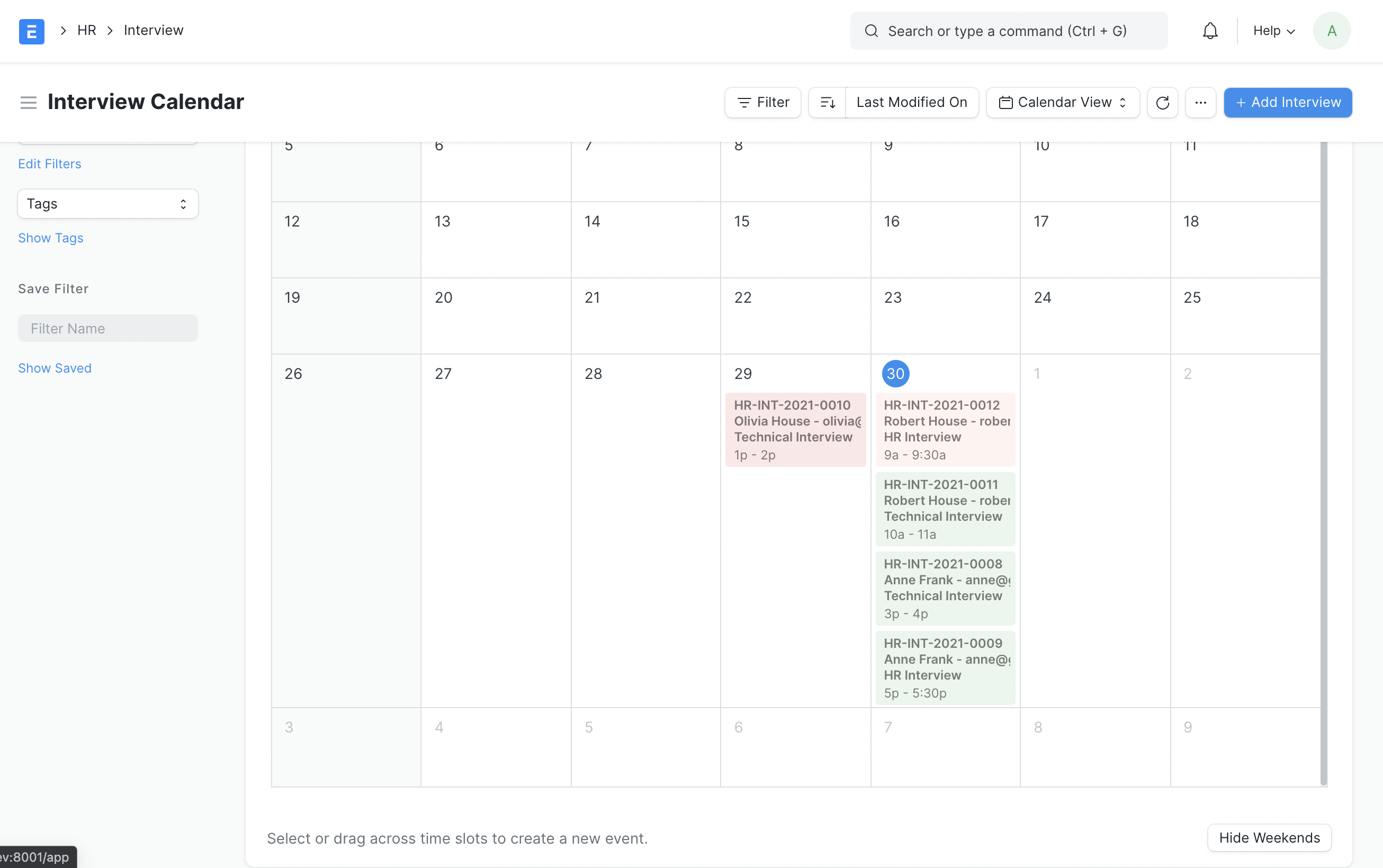 Feedback given by the interviewer helps to rate their skillset. 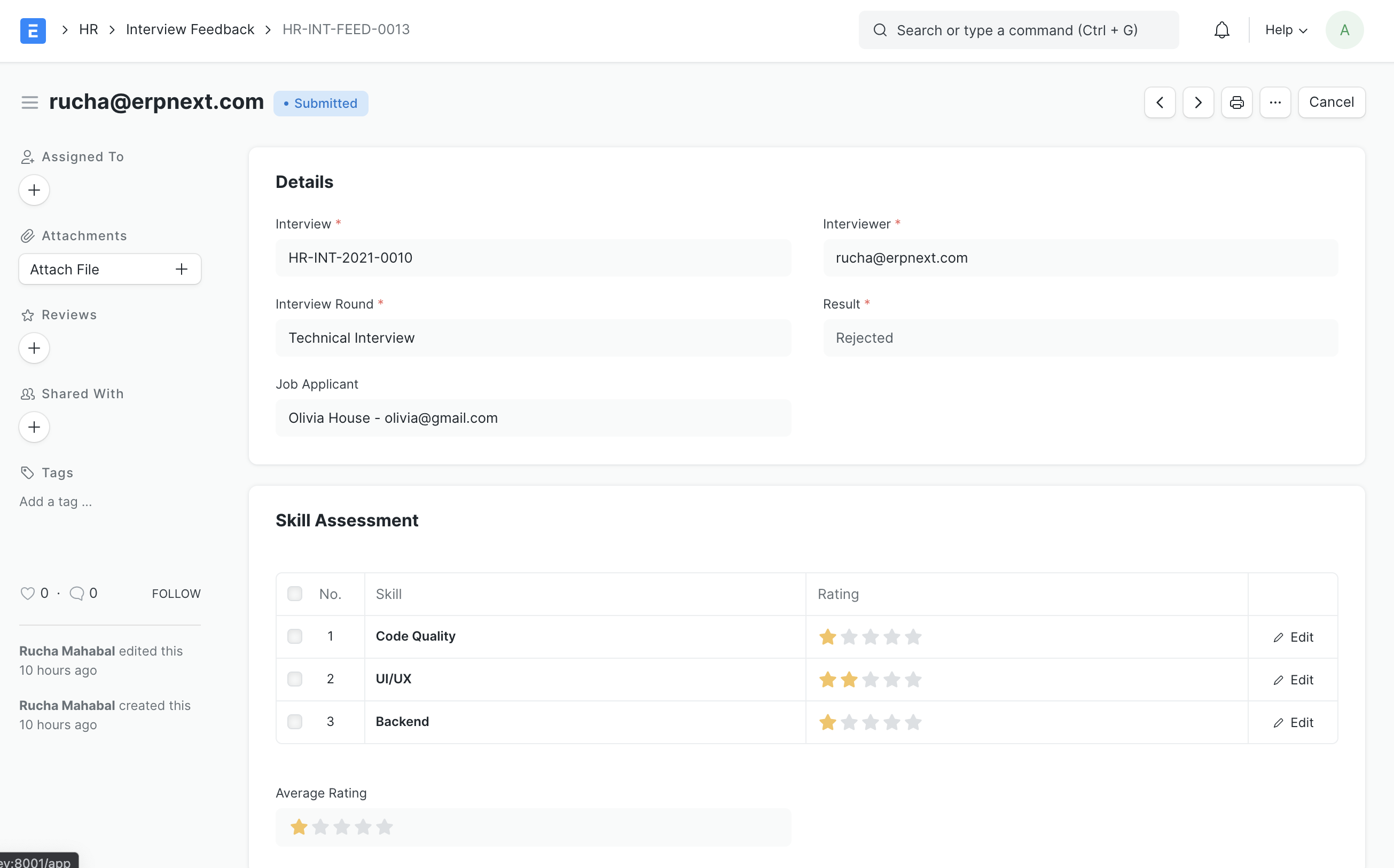 Deepesh added a company address without GSTIN and he added an address for a supplier without GSTIN. This will further help to make a purchase order, with that company (company should have the country as India) and added some taxes in it. After using the menu option converts the order to invoice and make sure the same taxes from PO are copied in the invoice.

Add indexes in stock queries and speed up bin update

Deepesh converted the updated stock from method to a function to reduce the get doc call for the bin. He also forced item and warehouse indexing for stock queries.

Merge "Accounting Ledger" and "Accounts Receivable" in the "View" button

Option to limit reposting in a certain timeslot 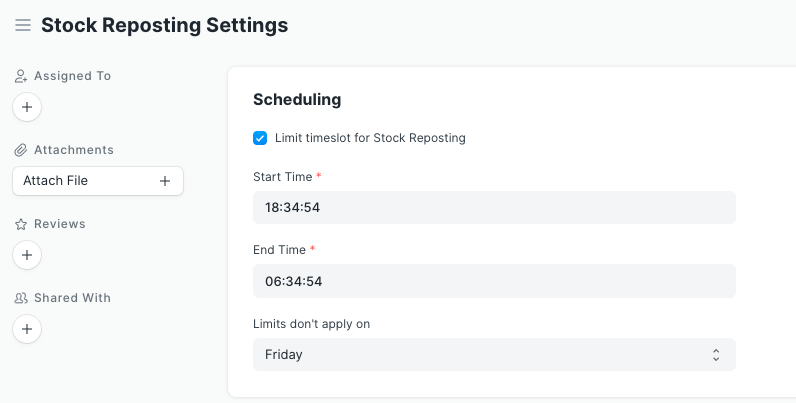 Saqib created a unique hash for the slider and set it as id instead of slider_name. It will help the user to change an image using the slider left-right controls.

Subin added a check in the GST Settings page that lets you choose HSN wise breakup or Item wise breakup. He created a new section GST Tax Settings for the Round Off check and Tax Breakup check. 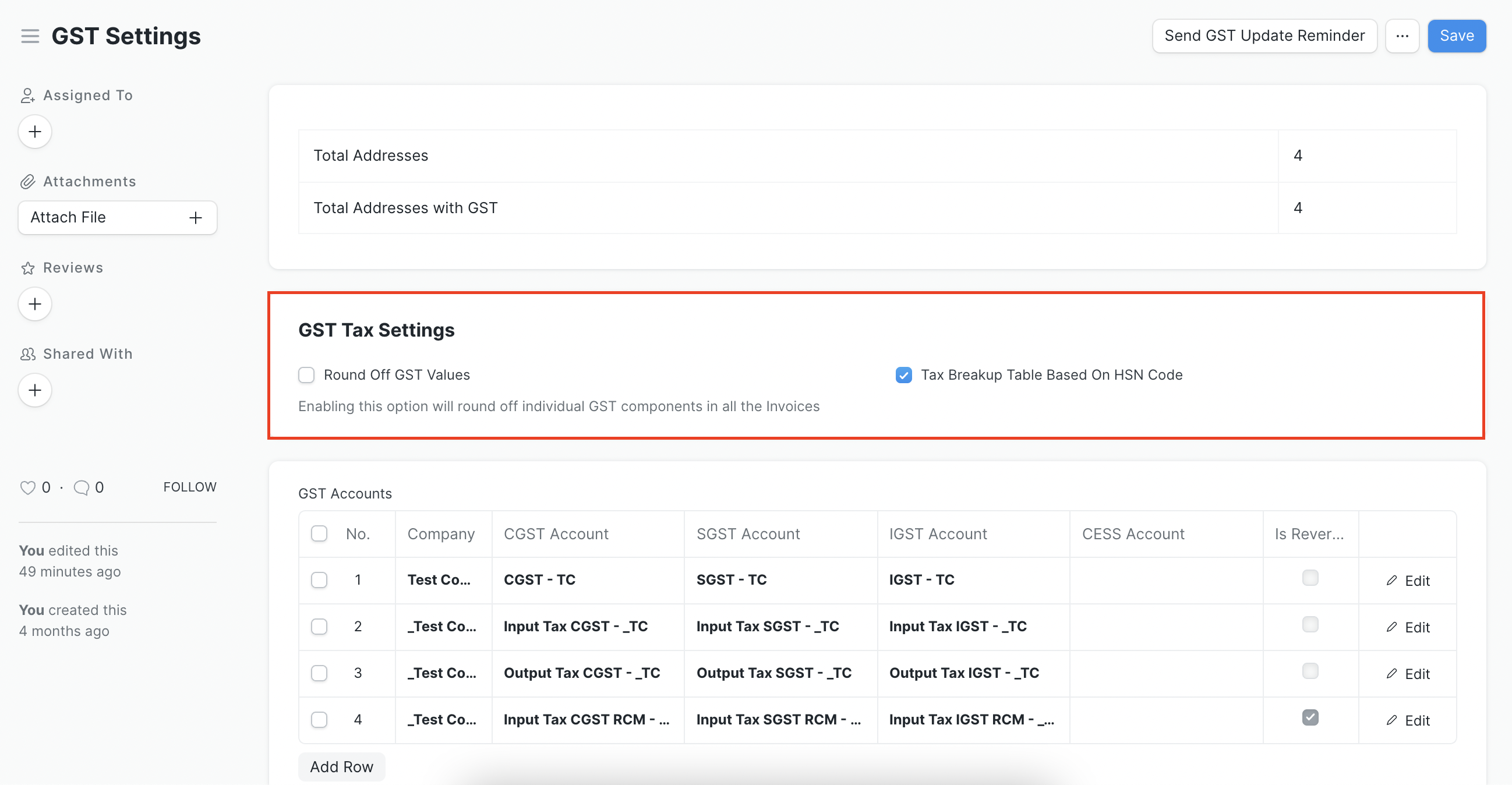 Subin added GST fields to custom fields in setup, added a patch for the same. He also added the warehouse validation

Fixed not authorized to update entries after freezing accounts

Noah fixed the condition that throws the error passes when the user is an administrator which is always the case when reposting or while updating entries.

The consolidated report did not consider company currency

The system will use company currency while adding new Accounts from the parent company to the child company. Rohit fixed the issue.

Afshan made a payment entry for a customer. He created a sales invoice with a cost center for that customer and allocated advance as a payment that was created. After submitting the Sales Invoice he checked Accounts Receivable Reports and added that cost center in filters. The Sales invoice even though it is paid is shown as one containing an outstanding balance.

Include 'Duration' in field type to fetch

Remi from the community fixed the Duration fields value in forms. Earlier the users were finding it difficult to fetch.

Sagar set arguments for server calls using available properties instead of fetching HTML attributes. This will further help the users in deleting the role permissions.

Date mismatches while displaying in the short form

Leela has fixed the equation for fetching the dates. Earlier when the users were trying to fetch the dates in short form, the output it gives, used to be incorrect.

Customize button is not listed in menu item during print

Sharique fixed the language in the leaderboard. Earlier the users were unable to load it other than in the English language.

Aggregation based on child table field

Aggregation based on the child table field was failing with error, Suraj fixed the same.

Even after having the required permissions, users were not able to see the "Set As Default" option. Suraj fixed it.

The customer wants to show different grid columns of sales order items to the different users. For that, they have initially used the permlevel feature and it was worked. But with permlevel, the user can't set the value using a custom script either the value changes it to the old value or change it to zero. To fix this issue, Rohit added a provision to configure user-wise grid columns.

Heatmap legend color not set when the color theme is set

If a color scheme is set for a dashboard, it is used to override the colors for heat map charts as well without changing the legend color. Shariq set the proper code.